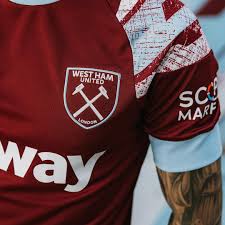 West Ham host Anderlecht at the Olympic Stadium this Thursday night on the back of two straight victories in the English Premier League.

After a rough start to the season, The Hammers have found their groove and have moved out of the relegation zone to the lower mid-table. They are now equal parts as close to the top four as they are to the relegation zone. Put simply, it has been a remarkable turnaround. Their last victory with their fifth in their last six fixtures.

The Irons will look to add to the good feeling around the club in the Conference League by putting one foot in the knockout stages against Belgian side Anderlecht. The Hammers have been strong in this competition all season and will fancy their chances of a deep run.

Anderlecht knows a victory will put them in a sound position to advance from the group stages too. This one is set up nicely to be a brilliant match. Competition: UECL Group B, Matchday 4 of 6 This is not a fever dream for West Ham fans. Your squad has no defensive crisis to report upon. This has been the longest stretch during the time I have covered West Ham that defensive injuries have not bogged them down.

The Hammers actually don’t have many injuries at all. Here is the latest David Moyes has had to say about the duo who currently reside in the treatment room. “We’ve got Aguerd doing a little bit on the grass, but nowhere near the sort of level of training. At least he’s back now, getting outside a little bit more.” [Sep 30] “Maxel will not be available for the game. He’s got a small calf strain. I don’t think it’s as bad as we first feared, but it will keep him out for a few days.” [Oct 07]

As you can see, things are pretty light on in the injury department for the East London club.

This is a massive clash for both teams. Like it or not, the Europa Conference league means a lot to both sides. With a positive result for either club strengthening their claim to a place in the knockout stages, I expect this one to be a cracker.