While no one expected West Ham United to beat Arsenal in the Boxing Day return to action, the lopsided loss to the Gunners does increase the temperature on the seat of manager David Moyes.

A London derby loss to Brentford would really see an increase in the calls to sack the Scotsman, so he needs to starting stringing together some Ws. Otherwise the east London club could sack him for the second time. 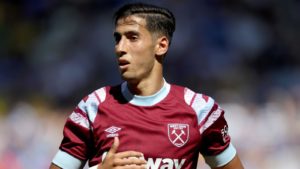 He was considered to be in contention for the Arsenal game, so it is fairly likely that he features here. Central defender Kurt Zouma (knee) also got hurt in that friendly which was staged over the World Cup break.

He is more likely to feature in the next match, against Leeds United, than he is in this one.

Nayef Aguerd (knock) hasn’t featured in any match of any kind since Morocco’s quarter-final victory at the World Cup.