The 2020 NHL Draft will be held virtually with the first round 1 taking place on Tuesday, Oct. 6 beginning at 7 p.m. ET. Rounds 2-7 will be held Wednesday, Oct. 7 beginning at 11:30 a.m. ET. As far as we know, we’re the only mom and pop shop, small business website that does a mock draft for all four major U.S. sports, if this such a thing as four major sports anymore.

Here are the links to our latest NBA, MLB and NFL mock drafts. The order for this NHL mock draft is now officially set. They do really good work over there. Team needs were not taken account into the picks at this time, but that should change as we draw closer to the draft. Also, you can expect to see the player and pick descriptions become further developed after the pick order has finally been set.

The one almost certainty about this draft, is that just about everyone agrees on who the #1 pick will be. You have a special elite, some could even say transcendent prospect, and he goes to a proud original six franchise. New York, New York big city of dreams; boy did they luck out here.

An elite, left-handed forward with great speed and vision, who is about to go all Hollywood on you. Powerful skater with exceptional skill set, it would indeed be a capital idea to draft this guy here.

Natural scorer who is solid on both the power play and the penalty kill. Strong on face-offs with a high hockey IQ. 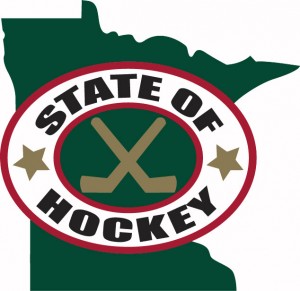 May not last this long, as his versatility makes him a top tier prospect.

In the USA Youth system, he’s been known as the next big thing in American hockey.

A great passer with a phenomenal shot.

Great hands and phenomenal technique too. The remaining 16 slots (No. 16-31) will be determined by the results of the 2020 Stanley Cup playoffs with the champion tentatively scheduled to pick 31st. Dale Tallon built up the team that won the first Stanley Cup, and (arguably the second) with his successor Stan Bowman then able to retool, make additions and get a third Cup.

Now it’s full rebuild and is Bowman really the man to get it done? For some bizarre reason, the Hawks organization kept him and fired his boss John McDonough. Well, McDonough is certainly no sympathetic figure, at least he’s good at what he does, unlike Bowman.

This isn’t the biggest team need, but it’s a great value pick, and a long-term successor to Corey Crawford must be found eventually. This left handed Wisconsin Badger with a great shot is our first college player off the boards. Speed, skills and a high hockey IQ make him a likely top 20 pick.

Great offensive ability for a defenseman who brings game breaking ability to the table.

Some believe he could have the highest ceiling of any prospect in this draft. Has the ability to play in all situations.

Tremendous competitor who understands how to conquer adversity.

Vision, quickness and play-making ability in spades makes him a prospect that slots in well almost anywhere.

Great, smart two way player with mobility and effectiveness on the power play; would be a great value if he lasts this long. Son of former NHL forward Yanic Perreault with one of the best shots in this draft class; has been scouted by the pros since a very young age.

Skilled forward with high end skating ability that fits in with various styles of play. St. Louis is really boring, but watching this local prospect definitely is not! Brisson has committed to the University of Michigan.

Great end to end player with breakaway speed, and a nice finishing touch.