Part II – Who to choose

Yesterday, I discussed what criteria the Big Ten should follow in searching and ultimately selecting a 12th team. Today, I examine which teams are the best candidates. To read Part I, click here.

Later today, the conference will make an announcement on whether there are officially picking up a new team or not, with Rutgers, Syracuse and Pittsburgh as the leading candidates.

So who else is out there? Realistically, there are quite a few options as the Big Ten could try and steal a team from another BCS conference such as the Big East or the Big XII or they could target a smaller conference team that has had some prolonged success against lesser teams.

Last week I put out a very informal poll on my Facebook and Twitter feeds asking very simply: “Who should the Big Ten target and why?” 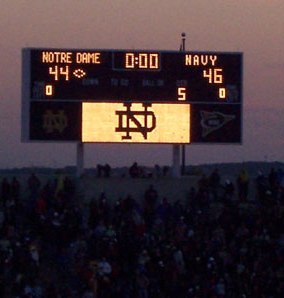 The school that was mentioned the most (and is also the school that I am completely against joining the Big Ten) was expectedly Notre Dame. I could write another 1000 words on why Notre Dame is not the right fit for the Big Ten (and I might if people keep mentioning them as a possibility) but in short, Notre Dame would not help recruiting, Notre Dame would want special privileges and provisions to gain an upper hand over other conference opponents if they accepted the invitation (because they’re elitist snobs) and courting Notre Dame would be a major waste of time. Notre Dame has a sweet TV deal with NBC and a ridiculous clause in the current BCS agreement that allows them to get a bid when they are barely a good team.  In my eyes, no Notre Dame in the Big 10.

Other BCS conference teams that were mentioned: Pitt, Syracuse, Iowa St. Nebraska and Missouri. I wouldn’t be opposed to any of those teams joining the Big Ten Ranks, but I think Syracuse and Nebraska would be the toughest “gets” of that group. Syracuse would be challenging because of their basketball rivalries in the Big East and their presence as a Eastern powerhouse in the basketball world. The Cornhuskers would be just as difficult for the same reasons but on the football field instead. Throw in that Nebraska seems to be on the rise in the Big XII North as a potential power again and they could be tough to convince in Lincoln. Pitt and Iowa St. both make sense geographically and could be swayed away from their respective conferences but Iowa St. doesn’t really bring any clout in either sport. Pitt should definitely be a finalist. Mizzou is also a good candidate because they would be able to immediately step in and compete in both football and basketball and would help expand the recruiting region of the Big Ten to compete with some of the Big XII schools. As far as smaller conference teams go, the options are to steal a team from either the MAC, the WAC or Conference USA. I believe each conference provides a viable option for the Big Ten but each comes with a bit of a drawback. Out of the MAC is Central Michigan, which has an underrated football program (8 wins each of the last 4 seasons) which beat Michigan State this year but the basketball program hasn’t had a winning season since 2002-03, when the Chris Kaman led team upset the Kyle Korver led Creighton Bluejays in the first round of the NCAA Tournament. While Indiana and Iowa would really like the Chippewas to be in the conference right now, the chance of Central Michigan joining is pretty slim.

The next two candidates however would show that the Big Ten is willing to take some risks to achieve their goals. I would be really pleased if the Big Ten made an attempt to bring in either Memphis or Boise State to the conference. With Memphis you’ve got a lower tier football team that goes with a basketball program that is not the national power it was under John Calipari but they are still a reputable team. The Tigers football team had a poor season this year but they’ve been to 5 bowls since 2002 and would be a big benefactor of moving into a bigger conference and being able to bring in better talent from a region that is widely untapped by the Big Ten. Memphis would give the Big Ten a southern presence to not only help Memphis recruit players in SEC country but some of the other schools as well. Boise State on the other hand has gone from “the team with the blue field” to a two time BCS bowl school and the first non-BCS conference school to win a BCS Bowl game. On the football field they have the talent and juice (your welcome, Mr. Banks) to compete with the rest of the Big Ten for the upper echelon of bowls and possibly the National Championship. On the basketball court, Boise State has been good but not great. They have 4 winning seasons in their last 8 to go with one NCAA Tournament appearance, an NIT appearance and a CBIT appearance. In the Big Ten they would definitely be among the bottom 4 teams, but they have shown the ability to play well in the past. Two other positives that Boise St. would bring the Big Ten: Western US recruiting and exposure and falling into the BCS’ good graces. By putting Boise State into a BCS conference it would thereby eliminate the possibility of a non-BCS school continuing to cause the BCS headaches at the end of every season. That gives us four finalists: Boise St., Memphis, Mizzou and Pitt. The big schools bring a more evenly spread credibility between football and basketball but both Boise St. and Memphis give the Big Ten a potential home run in football or basketball respectively. No matter what (and who?) the future holds for the Big Ten, I hope they move forward logically and not foolishly. Approach each candidate with the same grading system and analyze each option fairly and both the fans and conference will come out as winners.