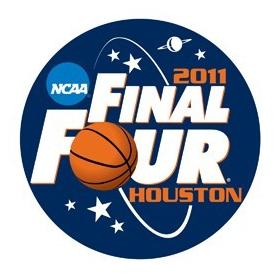 Every year there seems to be controversy surrounding the NCAA tournament field. The selection committee, just like referees, receive the most attention when a poor decision is made. This year, with the field expanding by three teams, the scrutinization is at an all-time high.

Once the brackets were revealed Sunday evening, Gene Smith held a teleconference to give rational to the committee’s final decisions.

Common logic would suggest that expanding the field from 65 teams to 68 would make the selection committee’s decision making easier. However, with one of the weakest bubbles in recent memory, this was from the case.

A team that is on the bubble seemingly every year, Virginia Tech, was “snubbed” from the tournament field on Sunday. The Hokies’ best win was Duke, who was No. 1 at the time. However, their resume was much to be desired beyond that, according to Smith.

“At the end of the day when we stacked Virginia Tech’s résumé up against all the other teams, we just didn’t feel like they were a team that should be in the at-large field,” Smith said.

Inversely, UAB, one of the “last four in,” who also had a strength of schedule which ranked 94th in the country, was widely considered to be unqualified for the tournament.  Smith backed this team’s selection by giving credit to their Conference USA regular season title.

A theme in Smith’s answers was the fact that the committee is made up of many different people, who have differing criteria for who gets in and who doesn’t. He admits that their is not a be-all-end-all for getting in.

“Keep in mind there’s 10 people in the room and everyone in the room has different a emphasis on different criteria,” Smith said. “So when we go to vote, everyone selects the criteria they think is important to them and they ultimately vote.”

However,  the seeding received as much, if not more, scrutiny than the selection process.

There were teams, who were expected to be seeded much higher, such as Texas and Kentucky, both seeded at No.4. Then there were teams like Florida, who was fresh off a lost to Kentucky in the SEC championship game, was given a No. 2 seed.

Smith, however, defended the decision to put Florida as high as they did. “They had strong strength of schedule, overall four, non?conference strength of schedule of a seven,” Smith said. “We felt they deserved to be at the top of the seed list.  The No. 2 seed is a very strong seed.”

College basketball has experienced more parity this year than in years past, and the bubble teams have become increasingly harder to pick each year, which Smith can attest to. Due to this, there is reason for concern that the field may be expanded even more in the near future. However, Smith reassured that the current size of the field is here to stay for a while.

“I do not anticipate it will be something that will happen in the near future,” Smith said. “We have great partners with Turner and CBS.  I think from an individual perspective, I think we’re real comfortable where we are.”