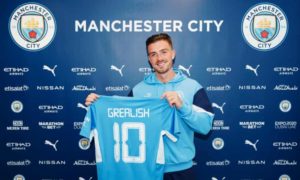 Believe it or not, the new English Premier League season is just around the corner. With the likes of Euro 2020 and the Tokyo Summer Olympics to keep our football lust satiated – it’s almost like it never really went away.  But we’re back next week and we’ve got you covered with a comprehensive look at each side this season.

In this post, we’re giving you our predictions on who will rise, who will fall and who will tread water in the table. Stay tuned to this website for further analysis, as we go team by team in individual season preview posts. Yep, there you have it, City repeating as champs, the usual suspects in the top four/just outside of it, and the north London clubs still sputtering in place, spinning their wheels. Although we see the Gunners getting back into Europa League at least. Chelsea and United will be the biggest threats to City repeating this season.

As for Leicester, they still can’t get over the hump unfortunately, and will have to settle for UEL once again. Poor Norwich and Watford, coming up, only to get sent right back down. As for Crystal Palace, they are a total mess right now- hard to see them staying up in the Premier League.