We learned a few hours ago that Manchester United forward Mason Greenwood, who had been slated to go on trial this November for charges of attempted rape, assault and controlling and coercive behaviour, has seen his case dropped. He has not been cleared, but he will also not face criminal charges. Greenwood hasn't featured for the club in well over a year, as United … END_OF_DOCUMENT_TOKEN_TO_BE_REPLACED It's another quick turnaround for Manchester United as they'll resume Premier League action on Saturday by welcoming in Crystal Palace. Just last night, they bested Nottingham Forest, 2-0, in the home leg of their EFL Cups semifinal tie. They will now face Newcastle United in the final. Manager Erik ten Hag has a couple of major decisions to make as he shapes his team moving … END_OF_DOCUMENT_TOKEN_TO_BE_REPLACED 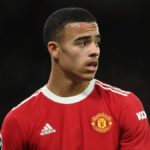 Big bombshell team news today, for Manchester United, ahead of their Premier League clash against Crystal Palace on Saturday. Forward Mason Greenwood, who was set to stand trial in November on charges of attempted rape, assault and controlling and coercive behaviour, has now seen his criminal case dropped. He has not featured for the club since late January of 2022, as he's … END_OF_DOCUMENT_TOKEN_TO_BE_REPLACED Manchester United have their $100 million man back, as Jadon Sancho is in the matchday squad for tonight's EFL Cup semifinal clash at home against Nottingham Forest. This is the first time the English winger has been named to a United squad since October 30, when United beat West Ham 1-0 at home. He hasn't featured for the club since the score draw with Chelsea on October … END_OF_DOCUMENT_TOKEN_TO_BE_REPLACED Manchester United did what they needed to do on January Transfer Window Deadline Day- sign a midfielder as cover for the injured Christian Eriksen. They landed one in Bayern Munich's Marcel Sabitzer, who will be with the club on loan for the rest of the season. “I feel that I am at my peak as a player, and that I can contribute a lot of experience and energy to the squad," … END_OF_DOCUMENT_TOKEN_TO_BE_REPLACED