Liverpool FC arrived in the Premier League three weeks late, but what an arrival they made! Liverpool swatted aside minnows Bournemouth 9-0, getting Scott Parker sacked in the process last weekend. Things won’t be as easy this midweek matchday as they face Newcastle United in front of an expectant Anfield.

Liverpool does have an excellent home record against Newcastle, historically. They have not lost to the Magpies at Anfield since 2015. 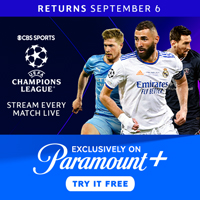 Last season the Reds recorded a league double over Newcastle, but I expect that this will be a much tougher assignment.

Although results have not been ideal for Eddie Howe’s men so far, the improvements being made at the Geordie club are obvious.

Mohamed Salah will look to get amongst the goals again after failing to find the net during Liverpool’s 9-0 romp against Bournemouth. Allan Saint-Maximin will look to create havoc amongst a Liverpool defense that has been suspect this season.

Record signing Darwin Nunez will sit this match out, serving the last of his three match suspension for a straight red card against Crystal Palace.

The treatment room is still bursting at the seams at Anfield. Diogo Jota, Joel Matip, Alex Oxlade-Chamberlain, Ibrahima Konate, Calvin Ramsay and Naby Keita are all out of contention still. Curtis Jones and Thiago Alcantara are also unlikely to feature here.

They took Harvey Elliot off as a precaution against Bournemouth, but we expect him to be fit to play against Newcastle. With defensive and midfield options slim for Jurgen Klopp, don’t be surprised to see an unchanged squad from the Reds previous fixture. Any potential changes would be limited to the attack, and you don’t alter an attack that has just reaped nine goals.

That means Alisson starts between the posts. The Brazilian kept his first clean sheet of the season against Bournemouth. That fact has been overlooked since the result last weekend, but shouldn’t be ignored. Virgil van Dijk and Joe Gomez look to be rebuilding their understanding at center back.

The clean sheet will do wonders for their confidence as a partnership. Trent Alexander Arnold starts on the right, with Andy Robertson starting on the left. Fabinho anchors the midfield and shields the defense, with Jordan Henderson and Harvey Elliot playing ahead of him. Mo Salah starts on the right wing, with Luis Diaz starting on the left. Roberto Firmino turned back the clock with a vintage display last weekend.

The Kop will hope he could provide more of the same against the Magpies. Liverpool can’t afford to rest on their laurels.

With a brutal schedule between now and the World Cup, the Reds can’t afford any more slip-ups.

And they will need to be at their best to defeat Newcastle. Despite results not being ideal, Newcastle is a formidable side to play. I think this will be a super entertaining fixture that might just harken back to some classics that these sides played out in the late 90s. Liverpool 4-3