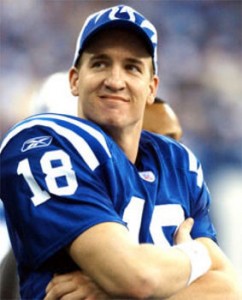 The 2012 NFL season officially begins tomorrow at 4 p.m. eastern time. That’s when the blockbuster NFL draft trade between the St. Louis Rams and Washington Redskins will become official, and the Denver Broncos can sign Peyton Manning, and then Tim Tebow will be set free to get another gig, and then everything starts up again.

In the meantime, here’s everything you need to know about how NFL free agency in 2012

Q. What are the categories of free agency?

A. Players are either “restricted” or “unrestricted” free agents. Within the categories are also “franchise” and “transition” players.

Q. What is the time period for free agency signings this year?

A. For restricted free agents, from March 13 to April 20. For unrestricted free agents who have received the June 1 tender from their prior Club, from March 13 to July 22 (or the first scheduled day of the first NFL training camp, whichever is later). For franchise players, from March 13 until the Tuesday following the 10th week of the regular season, November 13. If a franchise player does not sign by November 13, he must sit out the season. There are no transition player designations this year.

Q. What constitutes an “accrued season”?

A. Six or more regular-season games on a club’s active/inactive, reserved/injured or reserve/physically unable to perform lists.

Q. Other than accrued seasons, what determines a restricted free agent?

A. He has received a “qualifying offer” (a salary tender predetermined by the Collective Bargaining Agreement between the league and its players) from his old club. He can negotiate with any club through April 20. If the restricted free agent signs an offer sheet with a new club, his old club can match the offer and retain him because it has a “right of first refusal.” If the old club does not match the offer, it may receive draft choice compensation depending on the amount of its qualifying offer. If an offer sheet is not executed on or before April 20, the player’s negotiating rights revert exclusively to his old club.

A. A player with four or more accrued seasons whose contract has expired. He is free to sign with any club, with no draft choice compensation owed to his old club, through July 22 (or the first scheduled day of the first NFL training camp, whichever is later). At that point, his negotiating rights revert exclusively to his old club if by June 1 the old club tendered the player a one-year contract for 110 percent of his prior year’s salary. His old club then has until the Tuesday following the 10th week of the regular season (November 13) to sign him. If he does not sign by that date, he must sit out the season. If no tender is offered by June 1, the player can be signed by any club at any time throughout the season.

Q. What determines a franchise player?

A. The salary offer by a player’s club determines what type of franchise player he is: exclusive or non-exclusive.

An “exclusive” franchise player – not free to sign with another club – is offered the greater of (i) the average of the top five salaries at the player’s position for the current year as of the end of the Restricted Free Agent Signing Period on April 20; or (ii) the amount of the Required Tender for a non exclusive franchise player, as explained below.

The methodology for calculating the Required Tender for a non exclusive franchise player has changed. Formerly, such players were tendered a one year NFL Player Contract for the average of the five largest Prior Year Salaries for players at the position at which the Franchise Player played the most games during the prior League Year, or 120% of his Prior Year Salary, whichever is greater.

Article 10, Section 2(a)(i) of the CBA sets forth the new methodology, known as the “Cap Percentage Average,” for calculating the Required Tender for such a player:

The Nonexclusive Franchise Tender shall be a one year NFL Player Contract for (A) the average of the five largest Prior Year Salaries for players at the position . . . at which the Franchise Player participated in the most plays [formerly, “games”] during the prior League Year, which average shall be calculated by: (1) summing the amounts of the Franchise Tags for players at that position for the five preceding League Years; (2) dividing the resulting amount by the sum of the Salary Caps for the five preceding League Years . . . ; and (3) multiplying the resulting percentage by the Salary Cap for the upcoming League Year . . . (the “Cap Percentage Average”) . . . ; or (B) 120% of his Prior Year Salary, whichever is greater . . . .

If a club extends a Required Tender to a non exclusive franchise player pursuant to this section, the player shall be permitted to negotiate a player contract with any club, except that draft choice compensation of two first-round draft selections shall be made in the event he signs with a new club.

Q. How many franchise and transition players can a team designate each season?

A. A club can designate one “franchise” player or one “transition” player among its potential free agents.

Q. Can a club decide to withdraw its franchise or transition designations on a player?

A. Yes. A club can withdraw its franchise or transition designation and the player then automatically becomes an unrestricted free agent, either immediately or when his contract expires.

Q. After withdrawing the designation, can a club then designate another player?

Q. When do teams have to be in compliance with that number and be under the cap?

Q. If a team is under the salary cap at the end of a given season, can the team carry over room to the next season?

A. Yes. A team may “carry over” room from one League Year to the following League Year by submitting notice to the NFL prior to 4:00 p.m. ET on the day before the team’s final regular-season game indicating the maximum amount of room that the club wishes to carry over.

Q. What is the maximum amount of room that a club can carry over?

A. One hundred percent of its remaining room.