In order to upset England, the USMNT needs to be full strength, all hands-on deck, and in mid-season form. Unfortunately, that is not the case, as a few of the USA stars are not fully recovered from recent injuries and thus, not completely 100% match fit.

In other words, we might not actually see what this young nucleus, this potential emerging golden generation, can honestly do, together and firing on all cylinders, at a World Cup until 2026. It’s the brutal truth. 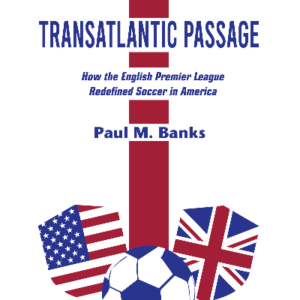 Yes, the national teams from two of the biggest empires that world history has ever known meet in a 2022 FIFA World Cup Group B clash. Both Yunus Musah and Weston McKennie could miss out against England, and if that is indeed the case, then Kellyn Acosta and Leeds United’s Brenden Aaronson could come into the team. If stellar defender Sergino Dest isn’t fit to feature, he could be replaced by former Tottenham Hotspur and Newcastle United defender DeAndre Yedlin, the only player on the USA squad not making his World Cup debut. And lord only knows if Gio Reyna is actually fit or not. Yorktown 1781. New Orleans 1815. Al Bayt Stadium 2022. Actually, scratch that last one. It looks like this time the Mother Country will triumph over their former colonies. Unlike in the Revolutionary War or the War of 1812 (a.k.a. as the two wars for independence), the Britons will triumph.