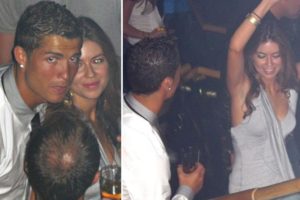 Mason Greenwood is not the only current forward currently on the Manchester United roster who stands accused of rape. For Greenwood, the legal process is only in its early stages. Meanwhile Cristiano Ronaldo has just experienced a major victory in court, and it’s possible that his legal saga may be nearing its end.

Four years ago, Kathyrn Mayorga, a Nevada schoolteacher and part time model, went public with her accusations against Ronaldo, claiming he raped her in a Las Vegas hotel room in 2009. Having settled for $375,000 in hush money back then, her legal team claimed she was coerced into signing the Non-Disclosure Agreement, and they are seeking tens of millions in additional damages.

The state did re-open the criminal case but found that there was not enough evidence to proceed in the judicial process.

Now it appears that the civil case against Ronaldo isn’t going anywhere either. U.S. District Judge Jennifer Dorsey, whose jurisdiction is Las Vegas, has thrown the civil case out of court entirely.

Dorsey said, in her 42-page order dismissing the case on Friday, Ronaldo had been harmed by the “bad-faith conduct” of Mayorga’s attorney, Leslie Mark Stovall, who she said tainted the case beyond the point of any redemption.

“I find that the procurement and continued use of these documents was bad faith, and simply disqualifying Stovall will not cure the prejudice to Ronaldo because the misappropriated documents and their confidential contents have been woven into the very fabric of [plaintiff Kathryn] Mayorga’s claims,” the ruling states.

Stovall and his legal team can now appeal this decision and take it to the 9th U.S. Circuit Court of Appeals in San Francisco. Meanwhile Ronaldo’s legal team in Las Vegas, led by attorney Peter Christiansen, released a celebratory statement.

“We have maintained the action was brought in bad faith,” his statement reads. “The outright dismissal of plaintiff’s case should give all who follow this matter renewed confidence in the judicial process in this country while dissuading those who seek to undermine it.”

Cristiano Ronaldo himself has only discussed this case minimally in public, and he has consistently denied all wrongdoing.

Mayorga has not discussed the case at all in the media, beyond her initial coming forward. While the court of public opinion, in regard to this case, is an entirely different animal, the actual court is in favor of Cristiano Ronaldo.