Manchester City left back Benjamin Mendy remains indefinitely suspended, due to the multiple serious criminal charges that he’s currently facing. His trial began on Monday, as the 28-year-old Frenchman is accused of eight counts of rape, one of attempted rape and one of sexual assault.

Many of the details that have emerged from the trial thus far, are quite harrowing, and it’s quite likely that Mendy never plays football again. 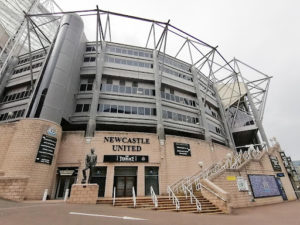 Honestly, returning to the pitch is probably the least of his worries right now.

City can’t terminate his deal until he’s actually convicted of a crime, and Mendy still maintains his innocence. He signed a six-year deal with the club in 2017, so next year his contract will have run its course.

Ok, on to the next match, which sees City visiting Newcastle, a side that is off to a nice start this season. Apparently, the new ultra-wealthy Saudi owners are starting to see some ROI already. Summer signing Kalvin Phillips (undisclosed) and young phenom Cole Palmer (foot) are doubts for this one.

Aymeric Laporte (still recovering from a long-term knee injury) is out. There are no other fitness concerns for Pep Guardiola at this time, so he’ll select a very strong team here.