As usual, England manager Gareth Southgate is under heavy fire, and much scrutiny. Some of it is warranted, as the United States did impose their will on Three Lions two days ago.

Some of it is unwarranted, as they are still top of group, and barring an unthinkable disaster (losing by four goals or more) versus Wales in the Battle of Britain on Tuesday, set to qualify for the knockout stages. There really isn’t any Team News to speak of, as nothing has changed, fitness wise, from the goalless draw with the United States on Black Friday. That means you have a chance to do some squad rotation, and I fully expected Southgate to make some changes to his starting lineup in this one.

Phil Foden needs to come in. Probably for Mason Mount, who was atrocious versus the USA. Although Raheem Sterling was not good either, so he can take a seat. Foden is one of the most talented and skilled players in the entire squad, so for him to be left out of the mix is inexplicable.

Harry Kane still has that knock from the opener against Iran. He is so important to this team and this country that he should rest here. England can win their group with a victory here, and they can do that with Kane being given a night off.

Kalvin Phillips and Marcus Rashford could get a first team nod. Or at least they should. Harry Maguire was the best player on the pitch against the United States, so he keeps his spot. 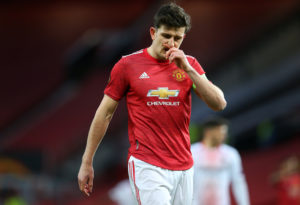 God Save the King!