West Ham takes on Wolverhampton Wanderers this weekend at the Olympic Stadium. This has an early-season relegation battle feel. Both sides have struggled so far this season. Sitting in 17th and 18th respectively, each side has only won one fixture so far in the 2022/23 campaign.

A win for either team will be huge, a loss will consolidate their spot in the relegation zone. West Ham comes into this one on the back of a couple of victories in the UEFA Conference League, and a loss against Everton. 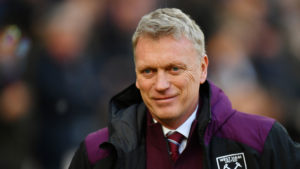 The Everton fixture was a drab, dour fixture. David Moyes will hope his side can put together performances more akin to their exploits on the continent this weekend.

Wolves had a disastrous performance last time out against Manchester City. Not only did they go down 3-0, but they finished the game with ten men. After going 2-0 down to the obligatory Erling Haaland strike and a first-minute goal from 100-million-pound man Jack Grealish, defender Nathan Collins got himself sent off.

Phil Foden put the icing on the cake in the second half of that fixture for Manchester City. Bruno Lage will hope his side can forget that performance and improve this weekend. Here is how we think West Ham will line up against Wolves this match week.

We truly think that this is the last chance saloon for whichever side cannot win this match. When choosing a winner in this one, it’s a matter of who is worse, rather than which side looks better. Taking that into account, I am picking Wolves. West Ham has been truly awful and I think they will be lucky to get out of the relegation spots if they don’t turn things around.