Ninety-nine times out of 100, a star athlete will think and act brand first regarding a public speaking opportunity. This is especially true when it comes to any topic even remotely sociopolitical. Pretty much every corporate brand abhors controversy and intelligent thought that challenges the status quo.
They prefer homogenized press release language, the kind you hear from a sports team’s media relations department, and at press conferences. Think of every interview you’ve ever seen or heard with Tom Brady; or Russell Wilson.
However, 2016 is not the time to “stick to sports” as the old cliche goes. Since San Francisco 49ers quarterback Colin Kaepernick began taking a knee during the national anthem, in order to call attention to racial injustices and police brutality, more athletes are finding their social consciences and expressing their sociopolitical voices. USWNT star Megan Rapinoe followed Kaepernick’s lead, and quickly other sports figures joined in the Star Spangled Banner protests.
Yesterday saw not one, but two significant Chicago sports figures make a call to action during a major media session.
Monday was Media Day for a majority of NBA teams all across the country, and newly signed Chicago Bulls star Dwyane Wade was asked about pro basketball players making their voices heard on the issues. “I don’t really have a pulse on what NBA players are doing when it comes to these things,’’ Dwyane Wade said in response to a question about protesting during the national anthem.
“As I said before, I think it’s great. I’m one of the athletes who stood onstage at the ESPYs and asked athletes to use their voice, a call to action for athletes to stand up. I think it’s great when you see an athlete use his voice for something that he believes in.”

“The one thing that I’m thankful for is that I’ve been educated. I think Kaepernick educated a lot of us on things we didn’t know, things we weren’t aware of. I think for me, things in this city that I’ve seen, we have a different kind of battle here in Chicago, a different focus. That’s what my focus is on. My focus is on this city and what am I capable of doing to help our youth in this city in a bigger way.

“That’s where my focus is. But what [Kaepernick] is doing is great because it’s what he wants to do, it’s what he believes in and he’s using his voice for that cause.’’ Wade grew up in Robbins, Illinois, a poverty-stricken suburb of Chicago. His response was a very welcome break from the indsutry standard canned responses and platitudes of NBA Media Day. After spending his whole pro career with the Miami Heat, Wade has now moved to his hometown team.

Gun violence is a horrifying epidemic in our society, and the issue really hits home for D. Wade given how his cousin, Nykea Aldridge, was shot and killed in August.

Approximately two and a half hours down the road, in Champaign, Illinois, Fighting Illini football coach Lovie Smith said he believes in allowing his players to be involved in important social causes.

“I want them to be involved in our community and in their world,” the former Chicago Bears Head Coach said at his weekly news conference held about three hours prior to the Dwyane Wade news conference.
“I want them to be involved in politics. I like for them to support a candidate and know the reasons you’re supporting (the candidate) and be vocal about it,” he continued. “Things they don’t like, I like for them to say that. If you remain quiet, that’s saying you agree with what is being said. As a basic rule, that’s what we go with. If there is something someone feels strongly about, I assume they will let everyone know that.”

This is of course a Presidential election year, and also a very tumultuous time in our country. We’re very divided. Social unrest is arguably at its highest level since 1968. Now is not the time for the condescending cliche “shut up and play.”

It’s also worth mentioning that whenever someone yells “stick to sports” at you, they’re really saying “stick to sports because I don’t like the political opinion that you just expressed” or “stick to just regurgitating the status quo.”

Yesterday was also the first of the three Presidential debates, and gun violence in Chicago was a central topic. Donald Trump made the city of Chicago’s shooting epidemic a talking point, and the racist overtones weren’t exactly subtle.

On Tuesday, Smith joined the weekly Big Teleconference and he was asked if there were any specific social issues in general that were of central concern to his team. Smith did not name any issue in particular, instead stating that his comments were more about espousing a general value and belief.

The follow-up question related to the timing of his comments yesterday. Smith said that his answer to the question he received would have been the same had it been queried to him on any other given day. It wasn’t related to the national anthem protest trend sweeping the country nor the debate being held that evening. “If there is something that someone feels strongly about, we have an environment where they feel comfortable coming forward with it, hopefully to me first and then to whoever else needs to be involved after that.”

Getting back to Wade, he has big plans to make America a better, safer place. 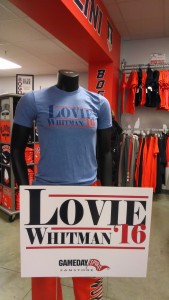 Via the Chicago Sun-Times:

Wade said he planned on initiating some sort of anti-violence campaign for his hometown now that he is wearing a Bulls uniform, but still didn’t have details finalized.

“That’s something that me and my team and family are discussing,’’ Wade said. “As I always say with my foundation, I’m obviously one individual. But there’s always great strength in numbers. We’ll sit down and talk about what’s the next step, what’s the best step and how that looks here in Chicago.

“I haven’t been here as a player since high school, so I don’t know the lay of the land. What my family and I have always done, we’ve just tried to give back. I live by the code, to who much is given, much is required. I’ve been given a lot. It’s required for me to do something to help the next generation. That’s what we always try to do. And so we’ll continue to do that. We’ll just figure out the logistics as we get into more time being here.’’