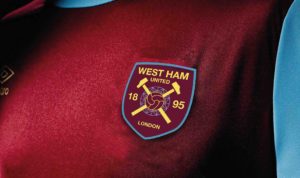 West Ham United host Leicester City in Premier League action this weekend. After the Hammers got their season back on track, they hit another slump. David Moyes’ men have recorded just one win in their last five league fixtures. Brendan Rodgers’ Leicester City has turned a corner also, finding themselves in slightly better form, having lost just one of their last five league fixtures. Leicester City, on the other hand, had one of the softest draws from all the Premier League teams in the Carabao Cup. They faced League Two side Newport County and recorded a comprehensive victory, 3-0.

The Foxes can move three points clear of West Ham with a victory in East London. Nothing new to report here. Maxwel Cornet remains out of action.

There is a slight injury cloud hovering over Algerian forward Said Benrahma, but we expect him to be fit to play this weekend. West Ham is likely to want to go into the break with a victory. So with that in mind, we are expecting David Moyes to go full strength here.

Here is how we see West Ham lining up in front of their home fans against Leicester City.

This match is really hard to call. West Ham seemingly turned a corner after a terrible start to the season. They have fallen back into that early season form as of late, which makes them sketchy to back for a win. You could say a similar thing about Leicester. The only difference being is their form line is a little stronger.

That’s what we are basing our pick on. Victory for the Foxes 2-0.