For all that Manchester United, as a football club, get wrong sometimes they really do get it right. So many of us in the global football community love to point out all the mistakes that MUFC make, and there are many, but let’s applaud them when they do the right thing.

Not making Mason Greenwood kits available, for the upcoming season, is one such example. The club made their new 2022-23 shirt available for sale three days ago, but as the Daily Express points out, the store: “won’t enable fans to buy their new home shirt with Mason Greenwood ’s name and number on the back.”

Given how Greenwood remains indefinitely suspended from the club, with his profile removed from the website, this makes perfect sense. Mason Greenwood was arrested in late January on allegations of rape, assault and threats to kill (among other charges). The English international is currently out on bail, awaiting the legal process to determine his guilt or innocence. While the evidence against the United forward is very damning, the judicial process must be allowed to run its course.

Until it has done so, the idea of buying/wearing a shirt of United’s third leading scorer this past season (and therefore implicitly showing public support of him) seems extremely irresponsible to say the least. Sure, it’s caveat emptor (“let the buyer beware”), but United are being more responsible here, being pre-emptive about the problem, and that’s a very good thing. They’re getting out ahead of the problem on this one. 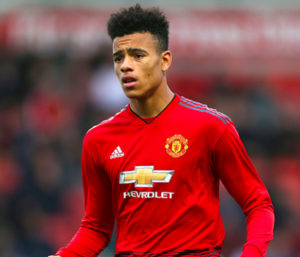 Besides, if you’re a real fan of the club, wouldn’t you want to buy a shirt of somebody that you know will actually be on the team and feature this season anyway?