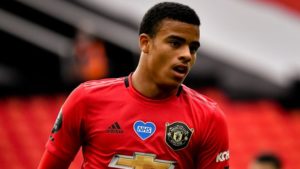 It really is astounding, how the two roads on the path of life diverged for Mason Greenwood. Today, the Manchester United forward had a mandatory court date, which saw him re-bailed until February, and also set to face trial a year from now on charges of attempted rape, controlling behaviour and assault. Meanwhile the England national team, for whom Greenwood featured in the 2020 UEFA Nations League, opened their 2022 World Cup by thrashing Iran 6-2.

The 21-year-old English international was arrested back in January after a series of very shocking and disturbing postings emerged on social media. The images and videos were posted by a woman reporting incidents of physical violence, alleging Greenwood was the perpetrator.

Mason Greenwood was officially charged on October 15 at Manchester Minshull Street Crown Court, where he was granted bail again until Feb. 10. The terms and conditions of his bail remain the same. Greenwood, who breeched his bail terms last month saw his trial date set for Nov. 27, 2023.

He has been indefinitely suspended by Manchester United, pending the outcome of the legal process. He also been long dropped his sponsors, Nike and Electronic Arts, and removed from Football Manager 22 while being left out entirely of Football Manager 23. At no point since his arrest 10 months ago, has Mason Greenwood or his legal representation made any public comment on the very serious allegations against him. It is safe to say that he may never play football again, however.