For the first time in what feels like forever, Chelsea FC are underdogs to Newcastle United. It wasn’t too long ago that the Magpies were relegated, and just last year, they were spending a significant portion of the season hovering around the drop zone. Meanwhile Chelsea, winners of Europe in total in 2021, are now currently below even the Europa League qualification line. 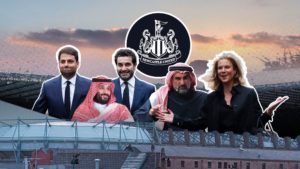 Graham Potter got off to a really strong start as Blues boss, but even he can’t fix all that ails Chelsea. This is a club in need of a major roster makeover, and some tough times are likely ahead. Look for the Geordies to take this one, and when they do, it will be anything but an upset.