After a long, drawn out transfer saga, Chelsea FC have completed the acquisition of Wesley Fofana from Leicester City for a reported fee that’s record-breaking. The 21-year-old will move to Stamford Bridge for £75 million ($88m) including add-ons. That’s the most Chelsea have ever paid for a defender, and he’s the third player in the back that the Blues have acquired this summer transfer window (Marc Cucurella, Kalidou Koulibaly).

Leicester City, the only club in any big five European league not to have purchased a single new player this summer transfer window, were very hesitant to let Fofana go, but eventually, money talks.

Chelsea football club announced and unveiled Fofana today- so let’s take a look at some of the photos and the statements now.

Fofana said: ‘The two last days have been really big days for me and I’m very happy. I trained this morning with the team and it’s a dream for me. I’m very excited to start playing games for the fans and the club. 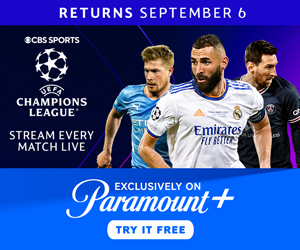 ‘I’m here win trophies – the Champions League, Premier League, FA Cup, Carabao Cup, everything. I came here to win and the club is built to win trophies so I’m here to continue that.’

Chelsea chairman Todd Boehly said: ‘Wesley is a hugely promising defender who has already proven his quality in the Premier League at a young age. We are delighted we were able to bring one of Europe’s most exciting talents to Chelsea and further strengthen that area of our squad, both for this season and many more to come.’

Fresh off a blown lead and defeat at Southampton last night, the Blues have only taken seven points from the five matches thus far. They will almost certainly be on the second page of the table when the next round of matches fires up.