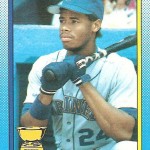 By Paul M. Banks MLB and Seattle Mariners icon Ken Griffey Jr. is coming dangerously close to seeing his career end. He had a chance to ride out into the sunset at the end of last season, when his Mariners teammates lifted him on their shoulders at Safeco Field last autumn. Instead, he's pulling the whole MJ-as-a-Wizard thing; sticking around WAY TOO LONG. And now he can't … END_OF_DOCUMENT_TOKEN_TO_BE_REPLACED By Jake McCormick Jack Zduriencik bears a much closer resemblance to Frasier than Joey. … END_OF_DOCUMENT_TOKEN_TO_BE_REPLACED