The United States Men’s National Team will take Saudi Arabia in Spain in the last match of their World Cup preparation. The Stars and Stripes World Cup campaign begins against Wales on November 21st.

After being outclassed by the Japanese national side last time out, the American public will look for a response against a Saudi side they really should be defeating with ease. The USMNT has faced Saudi Arabia six times before, for a record of three wins, two losses and a draw. This is the first clash between the two nations since 1999. Saudi Arabia has not registered a victory since March, against the Australian national team. The United States has not won since their convincing (and expected) 5-0 victory against Grenada in the CONCACAF Nations League. 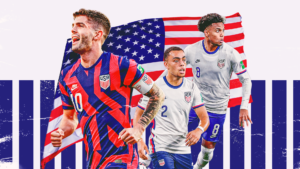 Personally, I am fascinated to see what the starting XI Gregg Berhalter will produce for this fixture. Matt Turner was the only player to turn in an acceptable performance last time out against Japan. I expect he will start between the posts when fit, in this match and in the World Cup too.

Walker Zimmerman had a stinker, but I doubt that one poor performance will see him lose his spot on the team. We will expect a lot more from Weston McKennie and Tyler Adams after they looked all at sea vs Japan too.

Here’s how I see the US lining up:

I can’t think of the last time that a national side’s final friendly fixture before a World Cup had so much riding on it. There are no two ways about it. The United States must win.

There are positions all over the pitch up for grabs. If the US can’t defeat Saudi Arabia, they will struggle in their group at the World Cup against Iran, let alone Wales and England.

I think they will get the job done, but I won’t be putting my house on it.