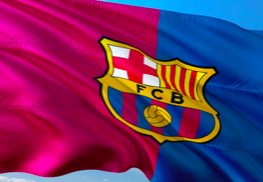 FC Barcelona made a huge gamble this transfer window, selling off lots of key assets in order to finance their big summer shopping spree. Looks like it might have backfired, as Barca failed to reach the Champions League knockout round this season. Again.

They still need to play out the string however, and thus Group C match day six of six is imminent. On Tuesday, Barca will take on the other team in the grouping that is also eliminated, Viktoria Plzen. Let’s preview this piece of dead rubber! While there will certainly be plenty of squad rotation, and some bench guys getting in the game, we also expect Xavi to field a team with some strength in it.

We might see the Catalan Club’s No. 1, Gerard Pique, Pedri, Raphinha and Robert Lewandowski.

Here’s the rest of the squad we’re predicting.